A 501(c)(3) Nonprofit Organization Senior Resource Group Inc.'s employees are highly-trained, and experienced professionals dedicated to the success of our business. 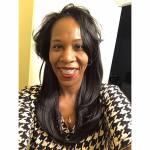 Since 2008 Trudy has worked directly with consumers in the Illinois healthcare market. Trudy initially began her healthcare career working with Mom's & babies, but transitioned into the senior healthcare market in 2012 shortly after the passing of her mother. Per Trudy: "Having to learn how Medicare worked while my mother was dying was a harrowing experience. Not only did I have to accept my mother's mortality, but I also had to learn about the cost associated with Medicare, the high cost of prescription drugs, and what services Medicare wouldn't cover."